(Original post here.)
On Tuesday, I blocked the man on twitter who sent the ugly reply to me. Today, he found a tweet I sent to a friend where I told her I felt uncomfortable (even though I know what he did isn’t my fault). He replied to that tweet using another account I didn’t know he had (so I hadn’t blocked it).
Moments ago, I considered posting copies of today’s tweets, too. At first I wasn’t going to, but after consideration, I will. Here’s my thought process:
My first post was meant to be information for men who want to better understand what it’s like being a woman in this hostile and misogynistic world.
When I considered sharing them, I immediately thought about how many people will find fault with me — I’m trying to get attention, I’m tarnishing the name of a good man, I’m [insert bad stuff about me], whatever it is. I’m the problem.
I also realized I was a little bit afraid. What if he turned violent?
I’m not suggesting this man is likely to be violent. I don’t know him. I can’t possibly know whether or not he’s that kind of man.
But, the fact is, it’s a possibility. Maybe he’s someone who’s on the edge and my sharing his tweets will be the straw that breaks the camel’s back? Again, I’m not saying this is the case. But, as a woman in this world, it’s something I need to consider. This fact alone made me determined not to be quiet about it. Stay quiet because he might hurt me? That’s how it is all over the place and I want it to be different. I’m going to behave differently.
Am I kicking the beehive just because I want to make this guy angry? Abso-fucking-lutely not. I would prefer to have nothing to do with him. I’m sharing these tweets, and the link to his lengthy reply to my post, so any of you who don’t understand what it’s like to be a woman in this hostile and misogynistic world might better understand what happens when we tell people about the garbage we deal with everyday.
First, there’s my tweet to my friend. Then the man replies twice to that tweet (from an account I’ve never seen before). I tell him I think this means he doesn’t have personal boundaries. I then tweeted that I had taken images of the tweets and I was going to block him. 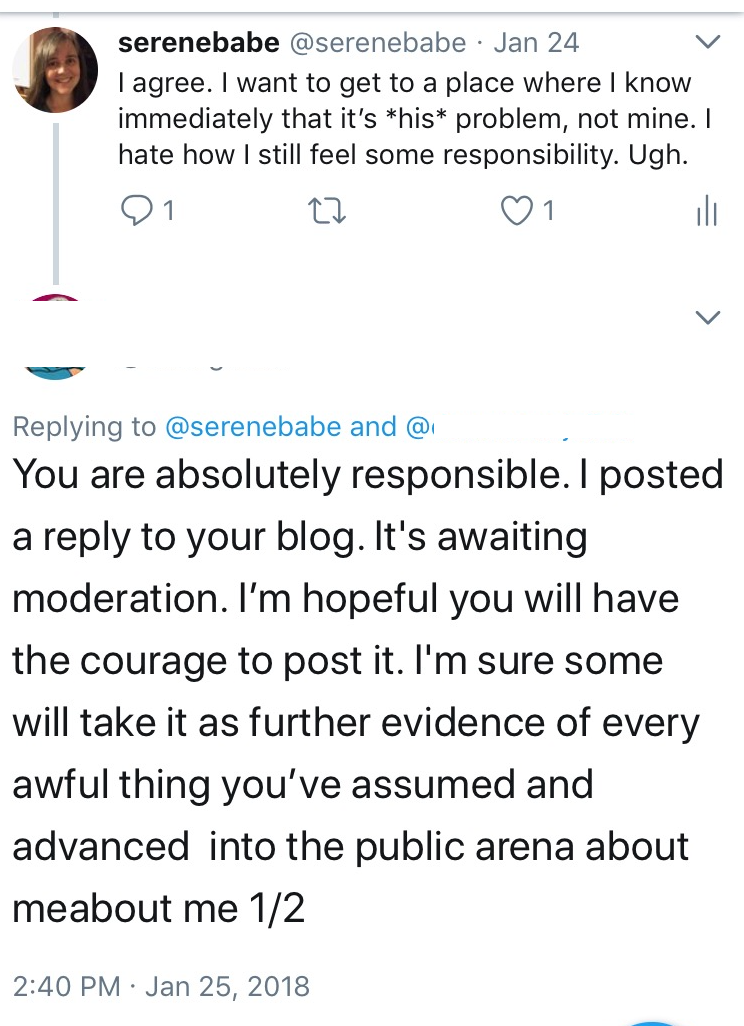 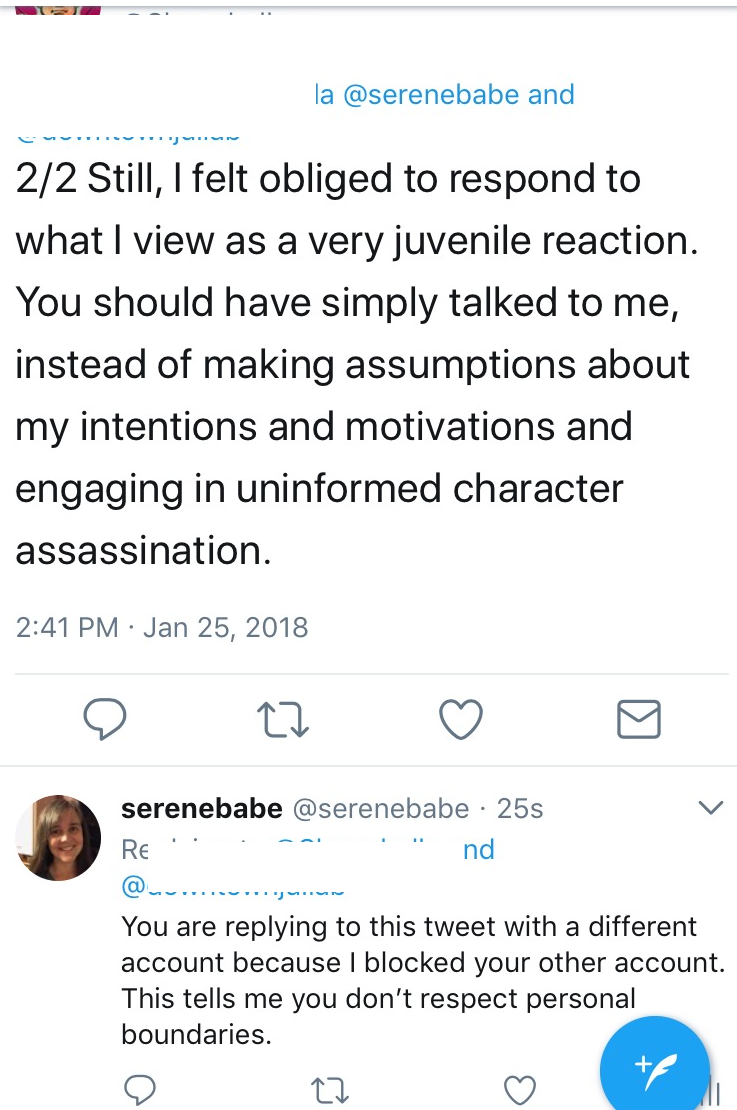 Then, I tweeted the screen shots. Tonight, I’m sharing the tweets here because most people I know don’t use twitter and readers of this blog might be interested in what happened next.
Unless something really dramatic happens, I won’t post about this again. I don’t want drag this on. I suspect I’ll hear from him again, but if I’m wrong I’ll be delighted.