A couple days ago I shared this on Facebook: 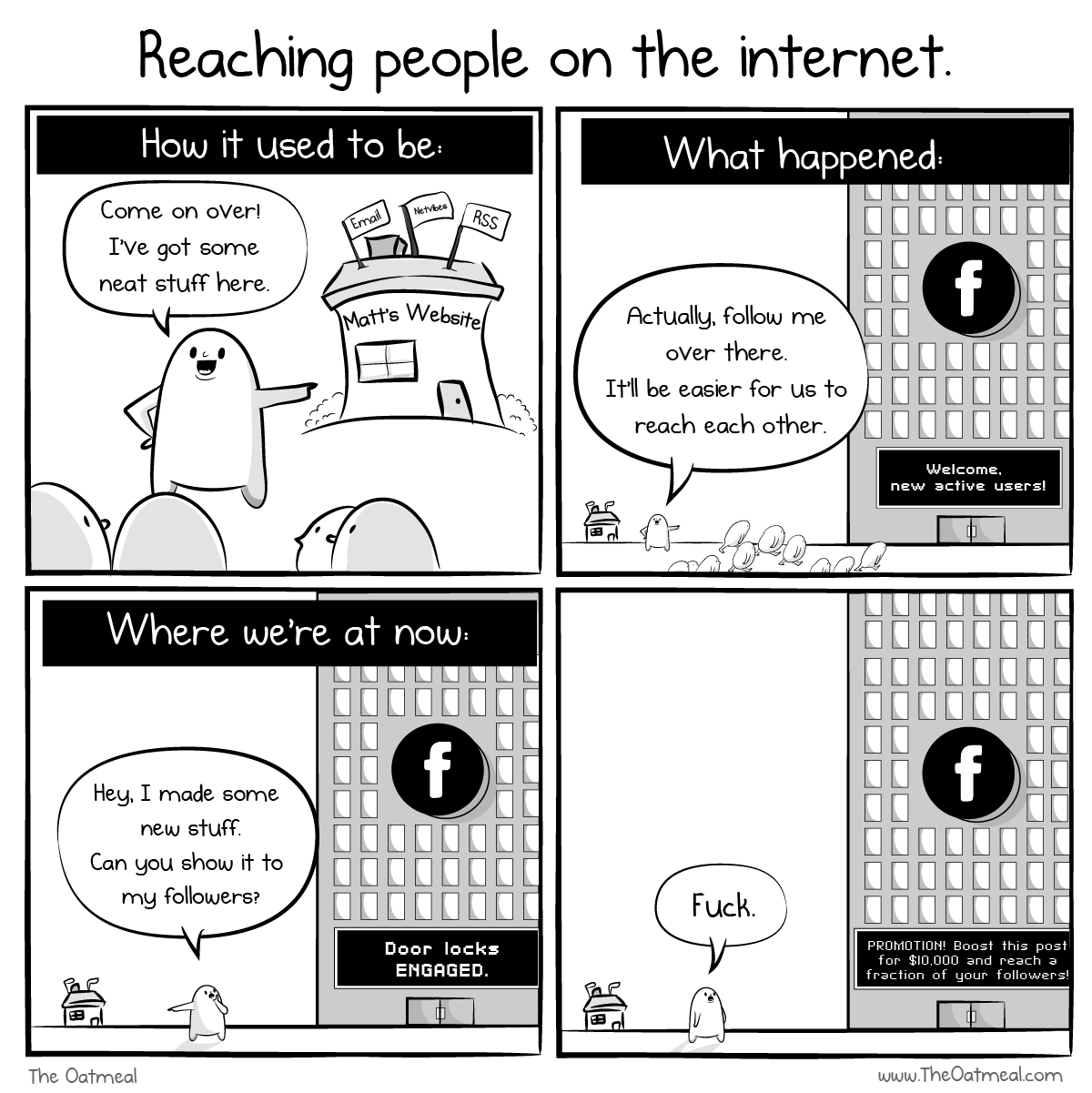 Since then, I’ve been thinking about the days when my website was just me blathering on about whatever I wanted to blather on about. It was a quieter time, as not many people were Internetting (late 90s) in those days. I mean, a lot of us were, but not like it is today.
Sometimes I think about giving up Facebook. It goes against my values on so many levels. But, as the mega-corporation intended, I know I’d miss my connections with friends and family if I cut it out entirely; too many social activities depend on Facebook membership for me to delete my account.
That said, I think I’m going to get real casual about this blog. Who knows if anyone will read it? Some might, but most won’t. The Internet is a loud, loud place. There isn’t room for train-of-thought journal-style posts in the world of high click/reader counts.
I used to enjoy writing about whatever I wanted to write about. Sometimes people read it! Sometimes people “signed my guestbook,” I think it was called back then. Oh, the hand coding felt so fancy! I remember making a guestbook with my earthlink account’s website. Not sure where the server was, it’s all kind of a blur. Anyway… I think I’m going to start posting little life updates and thoughts-as-I-have-them here again instead of posting to Facebook.
This one, I’ll share on Facebook and twitter. After this post, I’m not going to “promote” any of this. I’m just going to have fun. 🙂