Skip to primary content
Skip to secondary content
This morning I started making some muffins and began feeling… decadent? spoiled? or some kind of thing… I wasn’t using my time to do billable work and I was feeling anxious because of it. I opened a text file and started taking notes. These notes turned into a long list to which I am now about to add bullets, photos, and a little movie. For most of you it will be tedious. Some of you, though, might enjoy it. I’ve already found it helpful for those moments (and there are many) when my head voices are screaming “what the fuck are you doing on Twitter/Facebook/email again! don’t you do anything worthwhile?!?!?!??!” Since today was actually a pretty typical (non-billable-work) day, I believe I’ll refer to this list once in a while when I need to tell my head voices to fuck off.
So, what does Heather/serenebabe do on a typical day when she’s decided not to try and get any grantwinners.net work done? Read on and enter my world…
Not in order: 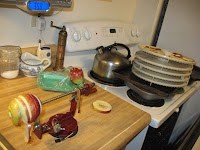 Then everyone came home and we had sloppy joes and other yummies including great sister snuggles like this: 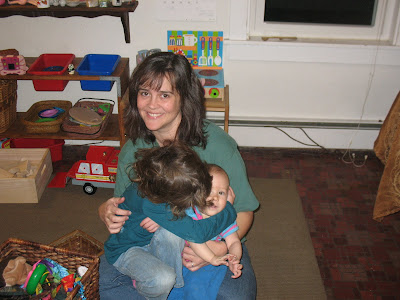